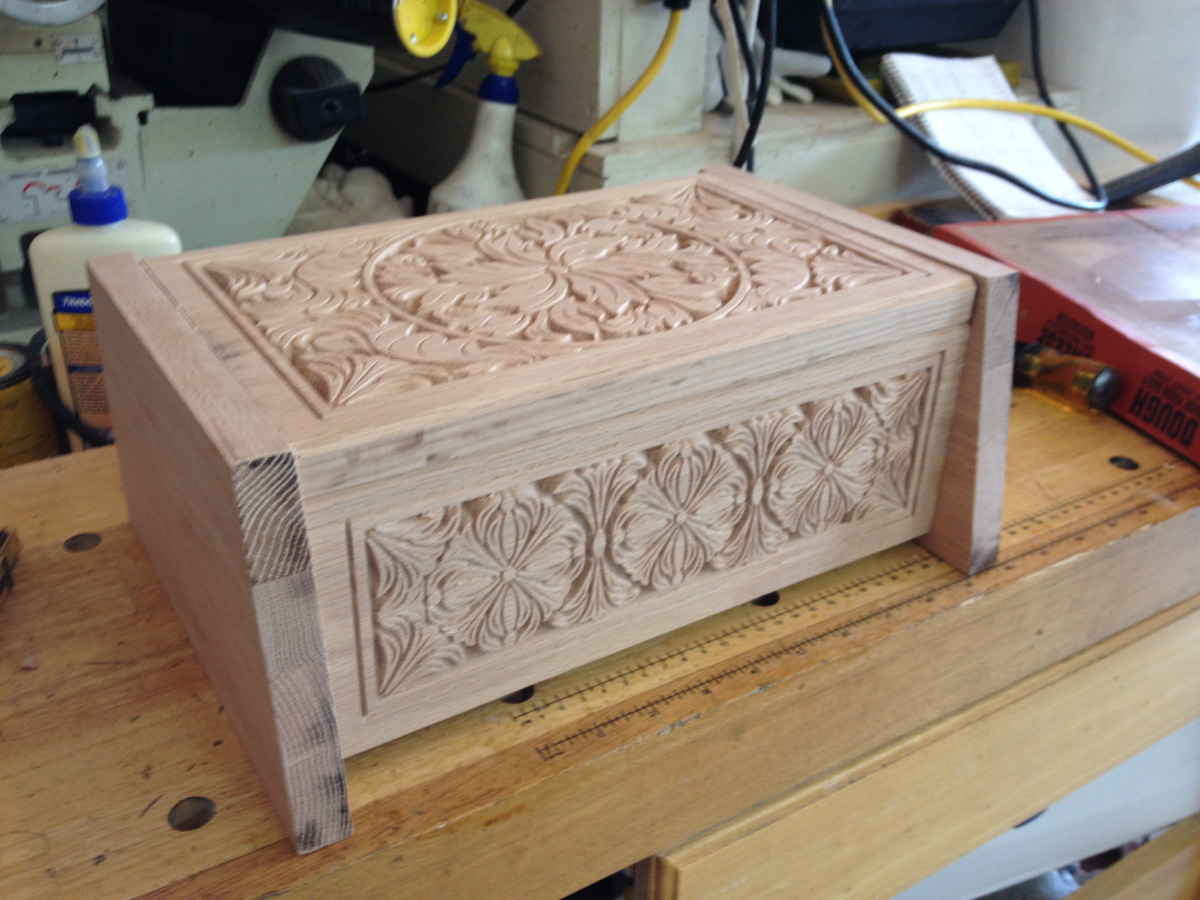 KautzCraft is now involved in some very nice woodworking projects. My vision of my work is not limited by defined material restraints. I enjoy working with a great variety of base materials. Currently I am working on some carved wood boxes or chests. Chest is a fancy name for a box with a lid. Ha!

Jewelry and silverwork is still one of my hot areas of interest. That will continue for a long time.

However, I can do some very nice woodworking when I put my mind and skills to work. It’s another craft to which many people dedicate their lives. I was fortunate to have had a grandfather that fits that description. I know that he is the reason for my interest and skills.

I suppose I could have gone in that direction as a career, but I was born a boomer at the end of the industrial era. Shop work was a requirement when I was in junior high school, but was thrown out of the high schools when I arrived and moved into their own isolated cast system of separate facilities. All I can say is, “What were they thinking?” Like it or not, trades were soon called the “dummy schools” and the kids that chose or were directed there by so called “Career Councilors” were shunned by their academia peers. It was and still is a cultural disaster. It has taken 50 years to put pride back into making things.

I pursued the “Scientific” curriculum as I found it the most interesting, but I also really wanted to be making tangible things in a work shop.

Educators of the time must have thought it would be in the best interest of both worlds, but in my opinion it was a horrible separation of manual skills and academia. I can’t change the errors made in the past, but I can enjoy working in my own industrial workshop/art studio with the mindset of an scientific techno nerd. Ha!

Education systems eventually realized the error as they discovered Science and Technology advancement wasn’t a purely academic exercise. Some ONE has to make or create the hardware and systems that stem from the ideas and theories of science. In fact, STEM and STEAM are new acronyms for Science, Technology, Engineering and Math. STEAM ads Art and Design to the list.

Today, working with your hands and your mind is the most well rounded career path and “making” is the new catch word to spur innovation and a prosperous future for our next generation.

A list of the metals that can be cast at KautzCraft.

KautzCraft Studio is an artistic endeavor. I love making things you like. I sell my work so I can make more. It’s a partnership with my customers.

My moto: “Do what you love for those who love what you do.”

Knowing the craftsperson adds a special quality. My time, effort and care are a part of every item. No factory production. I love my work. I like what I make, but I sell what I love… how it’s made.

I put that love in every item. A quality you feel, from knowing who made it.

I love the special things made by friends and family. You are also my friend and like family.

Follow the Companion Links in the left column to learn more about me.